An App Company That Matches Your Values

Lamar Advertising may be the result of one of the world’s most fateful coin tosses. In 1908, Charles W. Lamar divided his assets with his business partner in a simple coin toss and walked away with a poster company. Lamar then dedicated his life to growing it into America’s leading out-of-home advertising company. If you’ve ever seen a billboard, there’s a good chance it had a Lamar logo underneath.

Since the early days of outdoor advertising, Lamar Advertising has been leading the pack when it comes to innovation and industry foresight. From digital billboards, to geofencing, to NFC-enabled ads, it’s an exciting time to be an advertiser with Lamar.

Searching for a better solution 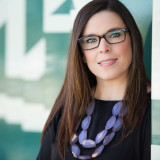 Mendi Robinson is Lamar Marketing’s Creative Director, and she wants her internal marketing tools to match the innovation of the company’s products. When preparing for Lamar Creative Camp, a biennial gathering of the company’s 100 graphic designers, the planning committee team began looking for technology that took advantage of widespread mobile usage among the employees while also aligning with the company’s green initiative to reduce paper usage.

“We were trying to make a more technology-friendly, interactive conference.”

Lamar also holds monthly training sessions for their account executives. New sales team members learn the product and become masters of selling “the Lamar way” with a trip to their corporate headquarters in Baton Rouge.

Both events, however, always came with copious amounts of administrative paperwork – schedules, maps, speaker bios – all at a cost to the company and the environment. 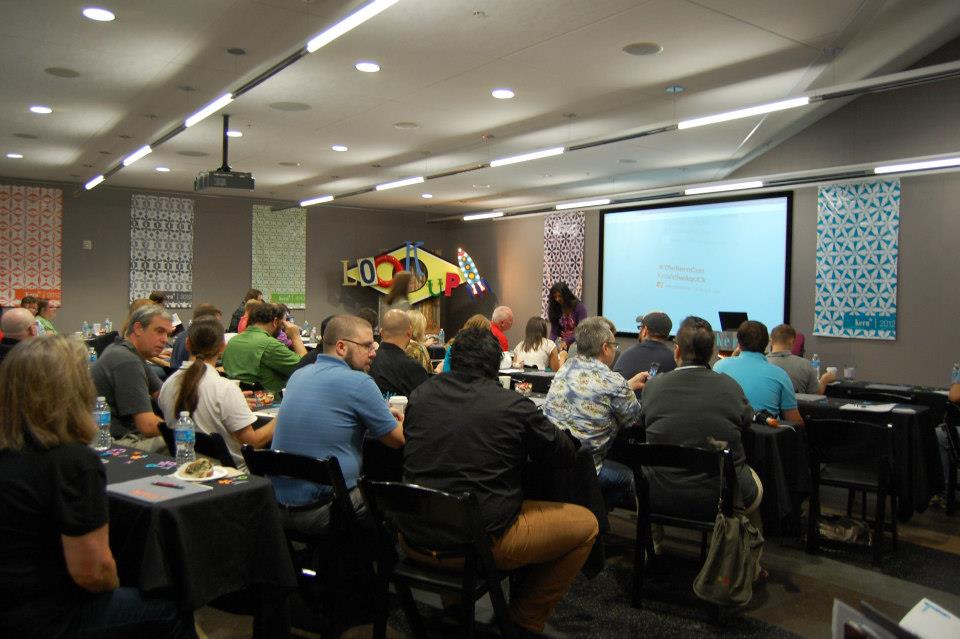 A creative app for a creative company

Luckily, the team at Lamar came across Guidebook and quickly realized that mobile guides could greatly enhance both of the events while dramatically reducing printing at the same time. Suddenly agendas, maps, hotel information, shuttle schedules and nearby attractions were located conveniently on employees’ mobile devices.

Within a few weeks Mendi had worked with her Guidebook Customer Success Associate, Isabel, to build a branded app located right in the app store that had Lamar’s look and all the information Mendi could think to include. The best part – it was all extremely easy.

“Isabel gave us a style guide, we sent her the pieces, and she did all the magic.”

A fan of the features

Lamar’s Sales School is a monthly affair, which could mean endless repetitive labor when preparing each session’s guides. But for Mendi, creating a guide is a snap thanks to Guidebook’s ability to replicate previous guides and update pertinent information later.

“It’s not labor intensive. Duplication is a really good feature that we appreciated.”

Mendi and her team have also opted to take advantage of Guidebook’s surveys and feedback tools. With each training, employees are encouraged to leave feedback about the hotels and restaurants and staff tweak their decisions based on the responses – just a small example of how Lamar finds ways to listen to their employees and adjust accordingly.

Perhaps most appealing, however, was Guidebook’s ability to send push notifications to attendees at the drop of a hat. Mendi finds that when people are attending a training or a conference they aren’t necessarily checking their email as often due to the fact that they’re in sessions most of the day, but there are often last-minute changes that require an alert.

“To be able to get to everyone within their own hotel rooms at one time is pretty cool.” 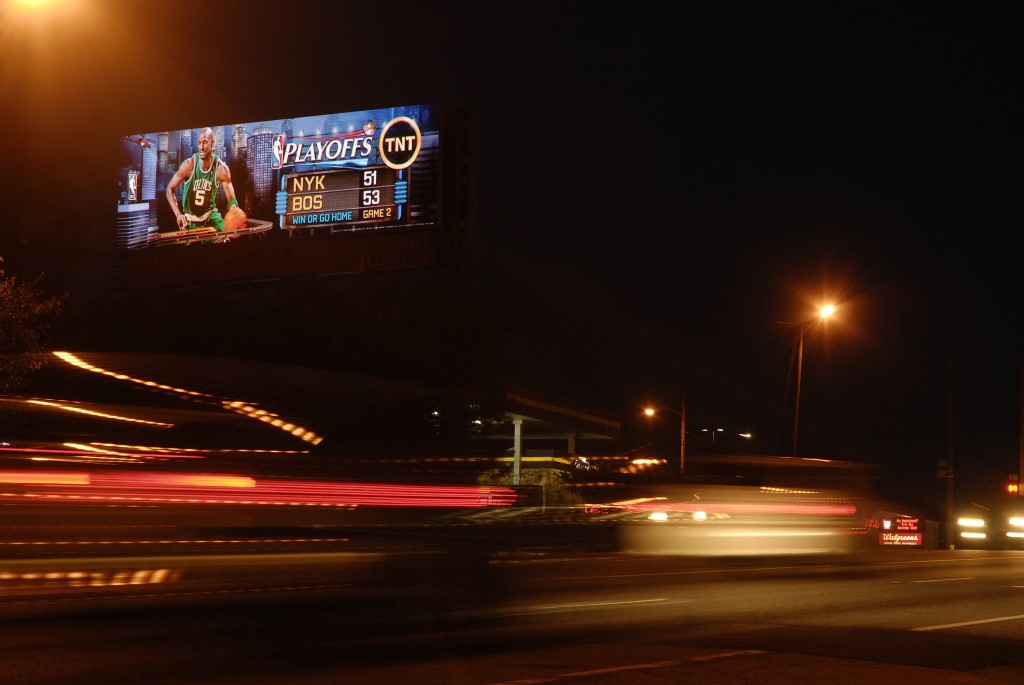 Because the Lamar app is a standalone branded app, Mendi needed to work with her Guidebuilder, Isabel, to put together the assets needed to create a seamless user experience. For Mendi, teaming with Isabel actually proved to be one of the most enjoyable parts of the Guidebook partnership.

“We never felt neglected; we were never waiting on an answer.”

“Isabel was very responsive – that’s one of her shining qualities,” Mendi says. Isabel used her experience and extensive guide-building knowledge to improve the app throughout the building process by suggesting ways to make the user experience more engaging.

Even when Isabel handed the reins over to Mendi, there was never any question that Mendi could keep her guides up-to-date. Mendi says she finds the content management system, Gears, “painless” and has no problem making changes on the backend. 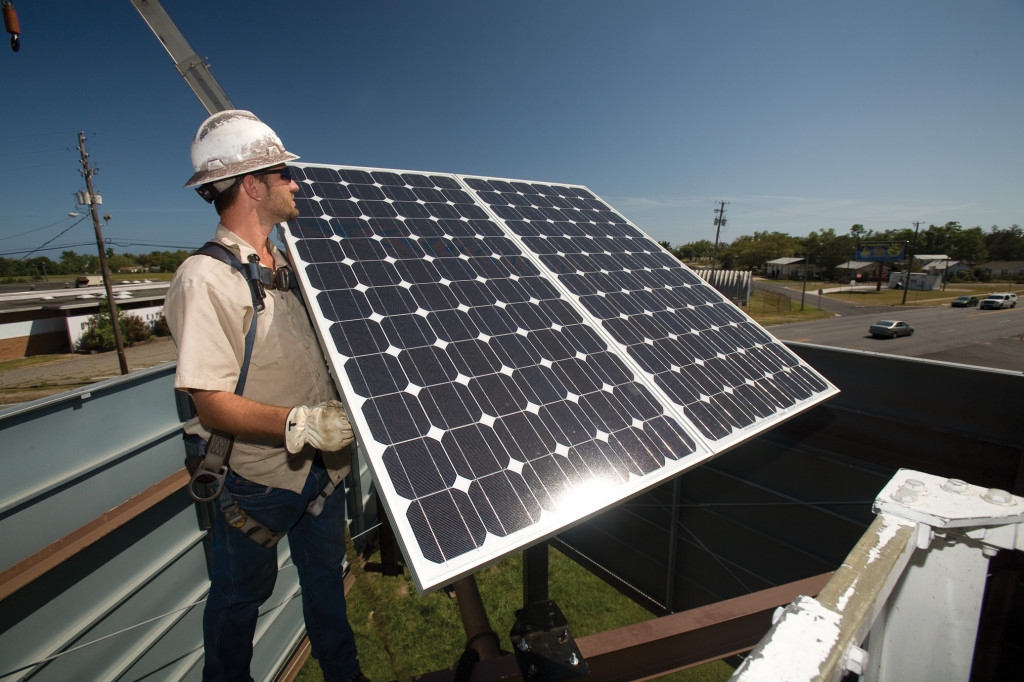 Mendi says Lamar is a “family run, publicly traded company.” The company gives back to its employees as well as its community, and recently donated over 950 bulletins, posters, shelters and digital billboards to the ubiquitous public arts initiative,  #ArtEverywhere. Even the vinyl used to cover every Lamar billboard is 100% recyclable. Now with the help of Guidebook, Lamar is continuing that sentiment by reducing printing and connecting with their employees in new and innovative ways.

“We’re going to suggest it for larger events because we’re so happy!”

Want more information about how you can implement a similar mobile-first strategy within your organization?