How Do The Best Planners Negotiate Event Contracts In Their Favor?

Event and meeting professionals negotiate every day, on topics and deals big and small. You negotiate in ways others might not expect or even immediately identify.

And this puts you at an advantage. Skilled negotiation is the result of daily practice, self-reflection and feedback.

I’ve been asked for negotiation advice many times, and I felt like I had a solid set of skills and the natural ability to read a room. In my belief, this was what I needed to be adept at influencing decisions in my life and work.

As I dig into the practice–including reading a great deal of research and theory, and speaking with a private negotiation coach–I’ve determined that I don’t want to be satisfied with my current approach. I should, instead, seek out (and take pleasure in) growing my negotiation abilities.

Let’s find out what I learned–with a focus on applying these ideas to your daily interactions, along with bigger deals and long-term contracts.

Why should you learn to negotiate better?

I spoke with Craig dos Santos, who offers private and online negotiation coaching and seminars. He told me that many people who consider themselves to be good negotiators may simply have one or two tactics that they resort to, regardless of the situation. 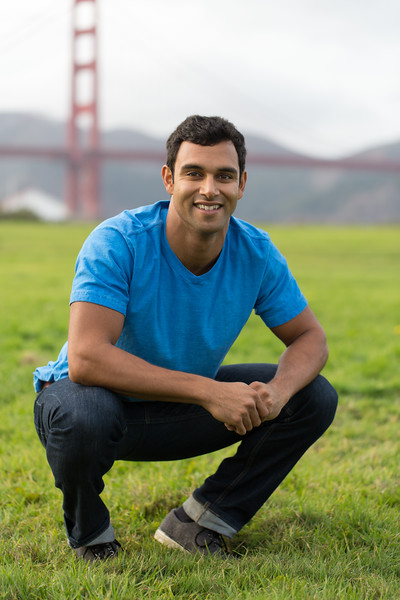 “It’s rare for someone to have been in enough situations, had enough jobs, and been self-critical enough to have explored and performed well in every type of situation,” Craig says.

A one-size-fits-all approach won’t make you better, and it isn’t the most effective. The idea is to build a negotiation toolkit over time, and use your experience to give yourself an advantage.

So how can you address this?

Craig offers up a few ideas I like, and that I think are distinct from the majority of the literature I’ve read.

Begin to analyze how you tend to behave in situations where negotiation is at play, and look for patterns that might be derailing your process: becoming emotional, trying to please everyone, or talking too much, perhaps.

But, Craig warns: “It’s not easy to change your pattern behavior.”

Personally, I’ve found it helpful to set aside a few minutes after a negotiation or discussion to formally evaluate what just happened. Was I aware of the emotional tenor in the room, and how it changed throughout? Am I satisfied with the way things ended? Did I listen enough?

Working with a venue might be the most complex set of negotiations you encounter on a regular basis. You’re discussing rental fees, change orders, cancellation details, indemnification, security deposits, signage and much more. It’s a perfect opportunity for a self-evaluation. (Learn more about questions to ask when vetting venues.)

Many people think that a negotiation is as simple as a series of highball/lowball offers, with a consensus in the middle once the parties have exhausted all their tricks (or themselves). We learned this from movies. Even children know about this joke!

There’s a teeny bit of truth in this. If you don’t ask for something that might elicit a “no”, you’ll never know if you could have asked for more. “But the skill is in knowing what to do with the no,” says Craig.

Ah, there’s the key. “Get to the no, and then take care of the person,” says Craig. When someone has said “no”, it’s by definition a slightly uncomfortable situation. From a social grace perspective, both parties are now outside the zone where everything is cool.

This is your opportunity to help modulate the other person’s emotions. Make them feel better or help them understand the different types of value you can provide. (I like to call this a “compliment sandwich”, but in reality it can be much more nuanced than that.)

It helps to understand and acknowledge (internally) the emotional component of a negotiation. If you try to pretend that emotions aren’t involved you may set yourself up to miss important cues. Practice being more comfortable with being uncomfortable–and use empathy as a tool to understand the other party and to affect the way they feel.

“There’s an old adage that you before you ask someone to do something you should change their mood, change their mind, and then ask them to act,” Craig says. A “pattern interrupt” is when you present a new idea–something that is surprising or unusual–then take that opportunity to ask.

Craig cited a study in which more cupcakes were sold when potential buyers were surprised with the question “Would you like to buy a half-cake?” This might sound a little silly, but in that split second after the unusual question, the mood changed and people were more receptive to the idea of buying cupcakes.

I love this idea! How often have you felt that you needed to wait for someone to be “in the right mood” before asking a question or bringing up a difficult topic? If you’re willing to try something a little out of the norm in order to change someone’s mood, you can take control of the timing and open a conversation on your terms.

I asked Craig if he would use the term “disarm” to describe this tactic, and he made it clear that he believes it’s a slightly different idea: “To me, disarming is like an innoculation.” Disarming is knocking them off their pedestal a little, then making a move while they’re reeling. But a pattern interrupt can be more positive.

Working with sponsors is an excellent opportunity to put this idea into practice. Since the best sponsor packages are custom-tailored, multi-disciplinary and filled with delightful surprises, try tossing out one of your more unique ideas during the conversation about expectations. You’re not going to use a standard form (sponsors respond to meticulous exclusivity), so don’t rely on a standard conversation.

I’ve always lived by the “it doesn’t hurt to ask” methodology when shopping and negotiating rental prices, and Craig mentioned a story from one of his Quora responses that illustrates a great example of this–one that doesn’t require you to speak at all.

From Craig, via Quora:

The other day a friend pinged me because he wanted a discount on an Airbnb rental. It was $2700 and he wanted it for $2000. Instead of just offering $2000, which would mean the other side would have to fight an internal battle of what the place is actually worth… I helped him over empathize with her. He said: “The place is gorgeous. I loved the photos, and I would love to stay there. It’s probably worth more than $2700, and your price is a steal. However, I’m on a company budget, and I can only pay $2000.” He went on to give other reasons and provide her with other value and ease her concerns.

Was this a logical argument? Probably not. He admitted the price was fair and that it might be worth more. Was it an emotional argument? Yes, he didn’t fight her on valuation, and he made her feel good about the place, and his ability to be a good renter.

You could easily apply this methodology to your interactions with vendors and less-formal event venues, right? It doesn’t hurt to ask–and asking in a smart way is the key.

(By the way, that Quora thread has a lot of interesting ideas.)

After researching and writing this article, speaking with Craig, and thinking a lot about my own “negotiation muscle”, I’m feeling very committed to putting my newfound ideas into practice. We negotiate every day, whether we realize it or not–so I’m ready to be more aware of my interactions so I can learn from them!

(And by the way, Craig offers a free 9-day course in negotiation, and you can meet with him for one-on-one coaching. His approach is realistic and his methodology is based on his extensive personal experience and research–basically, I think he’s awesome.)

Want more help like this? We share articles a few times a week in a non-annoying fashion. Get them delivered to your inbox!