The Chocolate Show in London is a decadent three-day spectacular that showcases quality chocolate to over 14,000 consumers. In addition to tastings, demonstrations and workshops, The Chocolate Show features a world famous fashion show where the designs are made exclusively of chocolate. Was there ever a more appealing event? 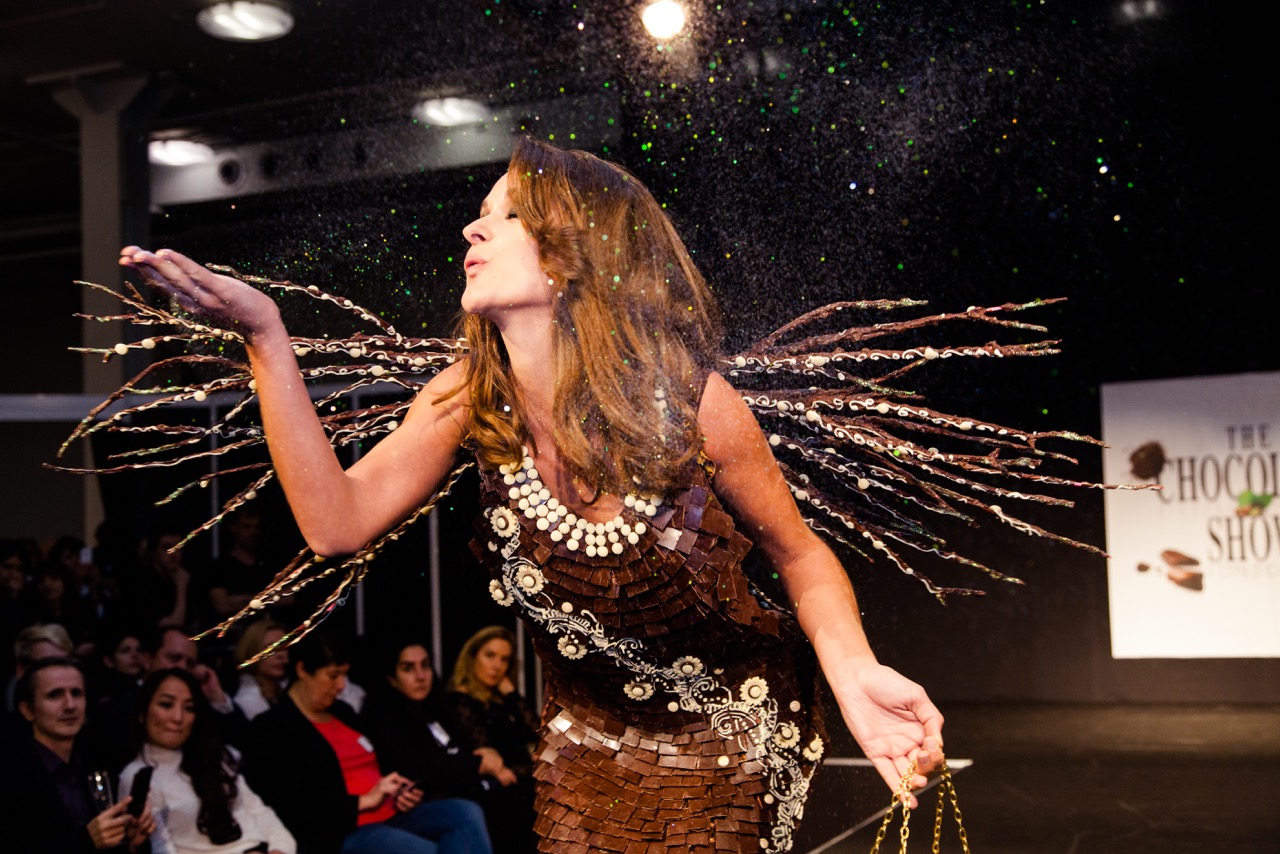 In preparation for this year’s event, Kate Johns, Director of the UK Chocolate Show, took a critical look at the paper guide that The Chocolate Show had been printing in previous years. “We wanted to innovate, and we wanted something that we could edit closer to the show and even during the show.”

The traditional paper guide wasn’t meshing with the style of a sleek, modern consumer show, and it wasn’t making preparing for it any easier either. “Once the deadline’s passed and it’s gone to print, you can’t make any edits. Replacing something printed with something electronic was one of the most appealing elements.”

Beyond the traditional guide

As a result, The Chocolate show ended up utilizing a mobile event guide that was befitting of the innovative and stylish event it supported. Kate worked with Guidebook to create a carefully branded guide that not only replaced the information in the paper guide, but added a level of engagement that would otherwise be impossible to achieve.

Exhibitor lists, schedules and interactive floorplans all made their way into the app, but Guidebook was also able to provide the show with opportunities for social media integration, a shared photo album amongst attendees and a list of special offers that promoted traffic to vendor booths. 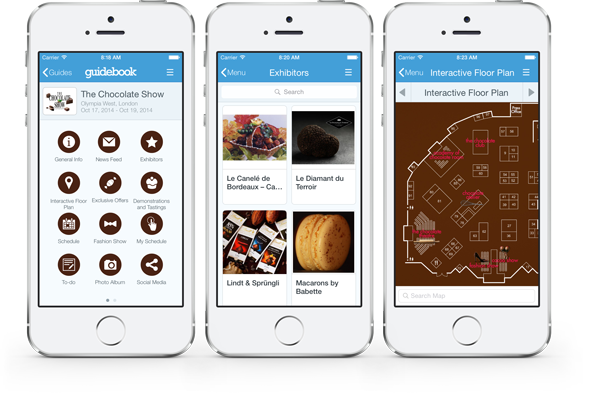 Help from an expert

Assembling an event of this magnitude requires a significant amount of time and energy, so Kate opted for professional services from Guidebook, where she was assigned her own private Guidebuilder, Faith – a decision that gave Kate some peace of mind. “Faith was great. She was very efficient and proactive in finding content for the app.” 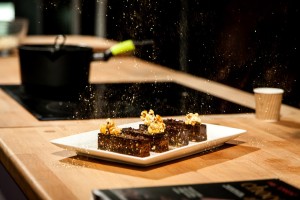 What does it mean to have a Guidebuilder? We asked Faith to explain. “When a Guidebook  client decides to use professional services, it means they have access to a Guidebuilding expert who can help them organise and integrate their event information. We also offer advice on how to take advantage of Guidebook’s many features. Our goal is that the resulting app has an easy to use and clean format so users can access information quickly.”

Faith worked closely with Kate to make sure that the guide was easy to use, included all the necessary information, and operated in a way that meant attendees would take full advantage of its diverse feature set.

When asked what the most important feature of a mobile event guide was, Kate said, “It’s got to showcase exhibitors – which Guidebook did very well.” Faith spent some time getting familiar with Kate’s vision for The Chocolate show and was able to structure the guide in a way that it did just that.

“The Chocolate Show is a highly visual experience,” says Faith, “so using images was essential to making the app reflective of the event itself. Using Grid View allowed us to show the delicious products, activities and masterpiece creations that would be at the event. Dynamic uses of images helped bring the event to users before they arrived and after they left. Who doesn’t get hungry looking at truffles, cake and boxes of chocolate?” 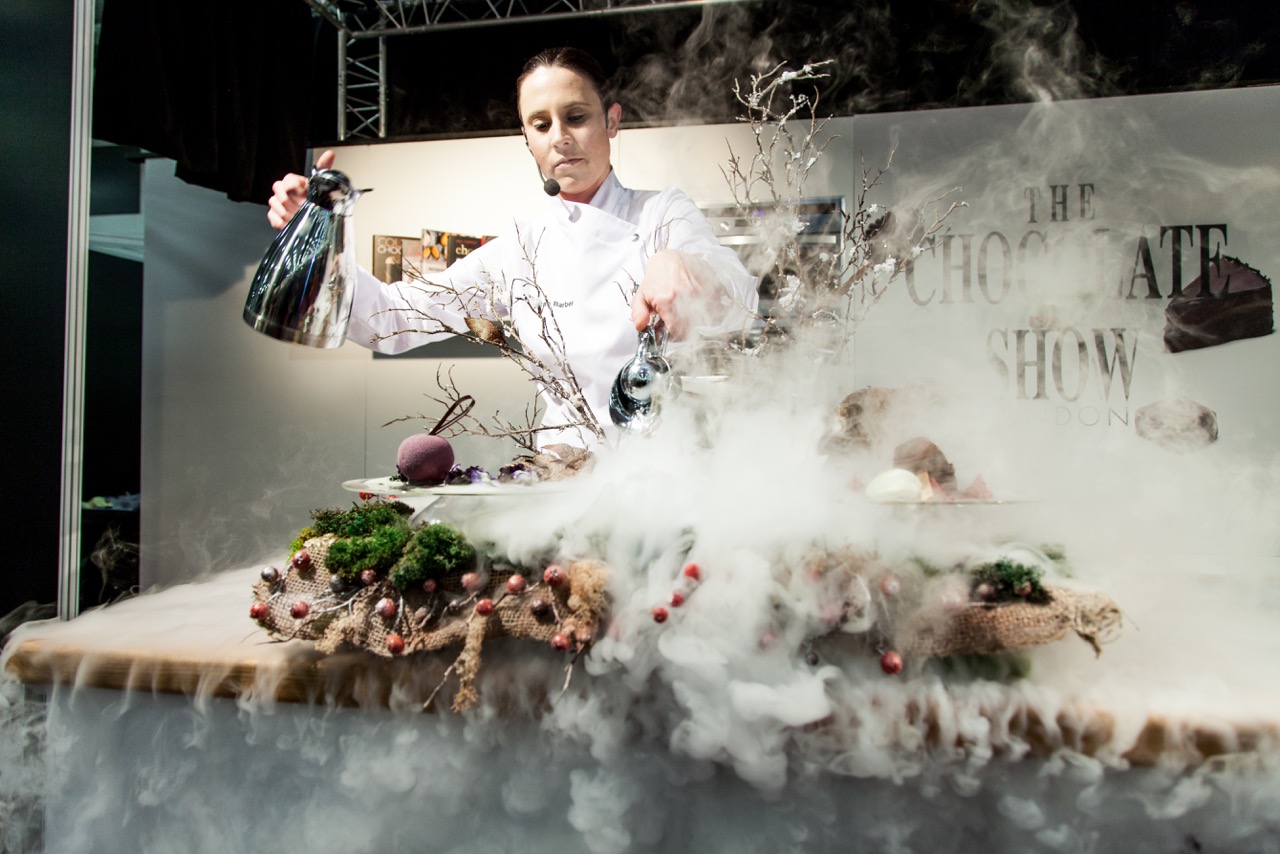 It was important to Faith that the guide go beyond its role as an informational tool and extend into creating something that encouraged engagement between attendees and vendors. “The interactive map allowed users to not only see where things were located, but also showed them the events that were occurring at each location,” she said. “In addition, we added in exclusive deals for each exhibitor so that people could use the app to gain access to these offers. This was very popular for exhibitors, as it increased traffic at their booths and allowed them to interface with potential clients.”

The combination of the mobile guide’s custom design, intuitive construction and easily-updateable information made for quite the successful showing. Kate sees opportunities for The Chocolate Show to expand its usage of Guidebook to its international counterparts. “I’d definitely recommend Guidebook.” she says. “Environmentally it’s quite appealing because you’re not printing thousands of show guides – but because it’s interactive and you can edit it, it’s got lots of advantages.”