The Evangelical Lutheran Church in America finds efficiency with Guidebook

The Evangelical Lutheran Church in America is a faith-based organization with serious scope. The ELCA has about 4 million members in nearly 10,000 congregations across the United States, Puerto Rico and the U.S. Virgin Islands with its national headquarters in Chicago.

Breadth like this gives CIO Jon Beyer some complicated logistical puzzles to solve as he supports the technology that keeps the organization connecting. One giant challenge Jon took on was to eliminate paper at ELCA’s largest legislative meeting. For him, the solution was to take it mobile.

Every three years, the ELCA gathers elected representatives from each of its synods (geographical divisions) in one city for the Churchwide Assembly. Approximately 1,000 voting members convene to elect leaders, adopt a budget and conduct other business related to the organization.

In assemblies past, the ELCA was guaranteed to make at least 1,000 copies of proposals and churchwide policies up for a vote, and as changes were made in the assembly new copies would need to be created for each voting member. It seemed as though a better, and more eco-friendly, solution must exist than printing tens of thousands of sheets of paper.

“We wanted to make the meeting more efficient.”

ELCA began to investigate the usefulness of a mobile app to replace the paper at the Churchwide Assembly. After a thorough RFP process, a group made up of Jon, assembly meeting organizers and other organization leaders decided that Guidebook was the best option. For Jon, it was all about flexibility.

“Guidebook brought a good solution to the table along with the ability to understand our needs and customize from there.”

Other mobile app companies either offered a one-size-fits-all solution that couldn’t adjust to ELCA’s needs or offered a completely custom product, neither of which seemed appropriate. Guidebook, however, “was a nice mix of both where we got some best practices, but then were able to customize where necessary.”

It was quite a risk to completely eliminate paper at the assembly, and Jon wasn’t sure how people would react. To better ensure adoption, ELCA rented 800 iPads and pre-loaded them with the Guidebook app and also allowed for those comfortable with mobile technology to bring their own devices. 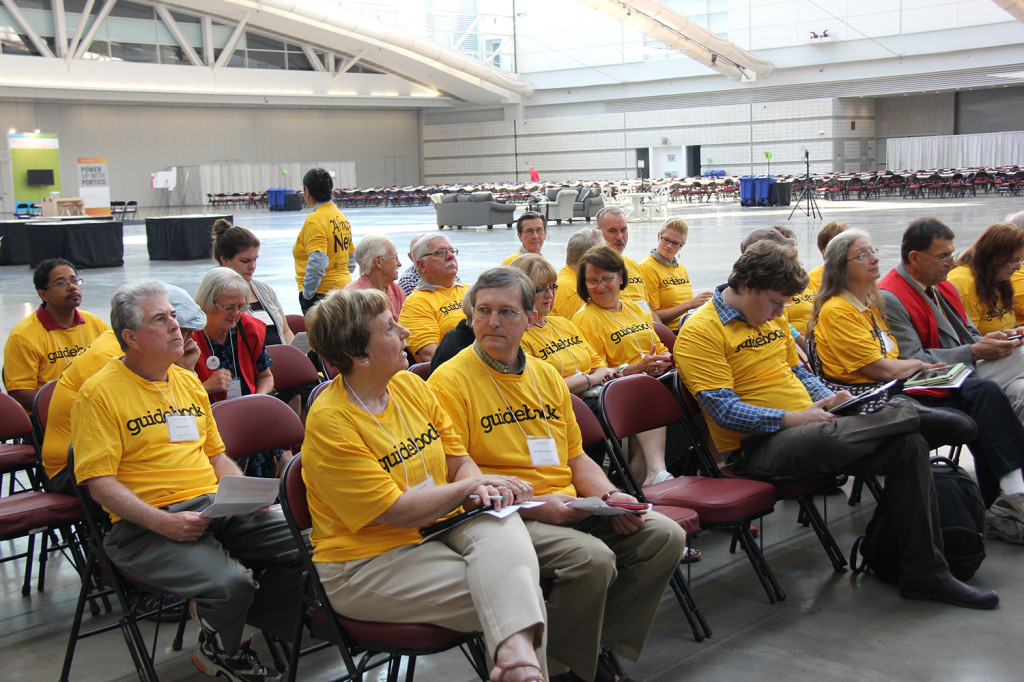 ELCA had a team of volunteers onsite to help with widespread Guidebook adoption.

Attendees received an iPad at check-in that they kept with them for the duration of the assembly, and each iPad was tied in the CRM to the attendee’s badge number. One-third of the attendees used their own mobile device and, given the option, only 15 delegates chose to continue using paper over the mobile app – a 99% adoption rate.

Behind that impressive adoption rate, however, was a measured plan leading up to the assembly. In the scheduled communication to attendees, language was included to introduce and encourage the switch from paper to mobile. Jon and his team also led several webinars to walk voting and advisory members through the app so that the assembly wouldn’t be their first time seeing it. Those who chose to download the guide prior to the assembly were able to review documents beforehand. Onsite at the assembly were tip sheets, a team of tech savvy volunteers and a pre-meeting orientation session.

Changes when you need them

“The backend administration was very straightforward and easy to use.”

Because the assembly hinged on being able to make quick changes to documents and distributing them to the delegates, it was imperative that ELCA staff be able to do so easily. Luckily, Jon found Guidebook’s content management system incredibly user-friendly and changes were able to be pushed to attendees with the click of a mouse. Guide updates happened automatically and immediately, allowing smooth meeting flow during the assembly. 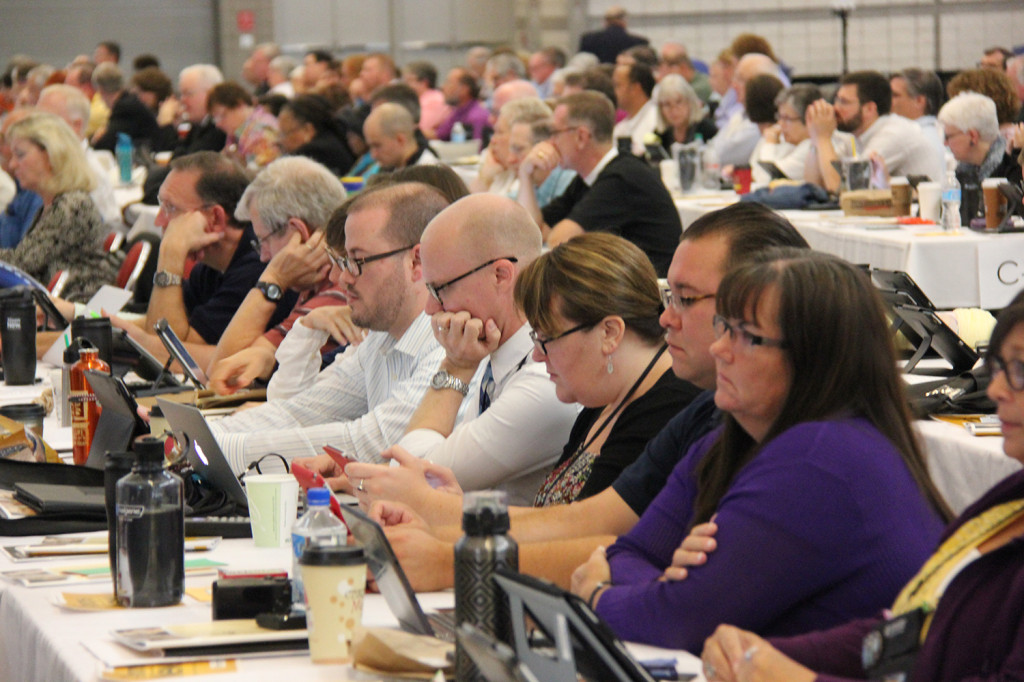 For Jon, Guidebook worked so well for the Churchwide Assembly that he plans on a wider rollout throughout the organization. 10 synods have chosen to use Guidebook at their annual gatherings to replace paper, and Jon is working on doubling that number next year. Guidebook is even finding success at local church levels, including one large congregation adopting it for weekly use. Youth Gathering, the ELCA’s triennial meeting of around 35,000 young people, will also enjoy its own Guidebook guide next year.

Eliminating paper at a large procedural meeting was no small task for Jon and his IT team at the ELCA, but with the help of an easily-updateable Guidebook guide it was a total success. Guidebook guides are here to stay for the ELCA, and Jon expects to continue finding applications for them throughout the organization. Guidebook was the right solution for the right time.

“We would most definitely recommend Guidebook. We have no reason to look for something different.”