Why is Event PR so Hard? How to Pitch Tastemakers and Influencers Instead

“It’s too much work for too little payoff.”

“We don’t have the resources.”

Unless you’re a huge, established organization with a big budget, there often isn’t much of a rulebook for event PR. But in this case, the lack of clear direction can work in your favor! Let’s learn to pitch influencers and tastemakers, offer them free entry, and get maximum return from event PR–without stretching your team too thin.

Invite tastemakers and influencers instead

Public relations is experiencing an identity crisis right now. The old-school methods of maintaining relationships with journalists, pitching them, and fulfilling the promise of mutual benefit is still very much a part of the process. And those practices are valuable.

But PR can be daunting because those rules are so established. And you may have learned from experience that without a full-time, experienced PR rep or an agency, it can be hard to “break in” to the inner circle.

This is where event PR, specifically, can give you a cool, modern edge. Event PR tactics embrace another, highly valuable type of PR target: tastemakers and influencers. 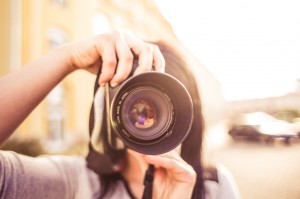 Who are the “cool kids” of your industry?

Influencers may not look like classic PR targets: they aren’t necessarily journalists or even bloggers (though they might be). Your best influencers have large, relevant audiences and people trust what they say. They might have a lot of Twitter followers, manage massive LinkedIn Groups, or be present at every industry event, networking in person. If you approach the right influencers, they may even bring some of their influential friends to your event.

“Whenever I am given freebies in advance, I put groups together to come with me,” says Richard O’Malley of the O’Malley Project, an international events agency. “Especially if I can get a better rate for my people.”

How to find tastemakers and influencers

Put together your event PR target list and include a column for non-traditional targets. For journalists and media outlets, the most valuable targets are the ones that maximize reach with relevance to YOUR industry or cause, and the same is true for influencers.

Who’s using social media to talk about issues that relate to your event? Who’s blogging and speaking publicly? Search for LinkedIn Groups relevant to your topic, and find out who’s talking and posting on Google+ and Twitter.

Search for influencers who have a true dialogue with their audiences–not the guys who are talking loudly in an empty room.

How to pitch influencers

Pitching a traditional source consists of researching the publication and the writer, then crafting a targeted email with a great hook. Pitching an influencer is conceptually the same, but much more personal.

Make her feel confident in your brand.

You’re asking an influencer to leverage her personal reputation for your event, so focus on the value she’ll get out of associating with your brand.

Make her feel special and awesome.

You’re also rewarding a person directly for helping you out, so don’t leave out details about free entry, cushy accommodations, free VIP events, and anything exclusive to her. 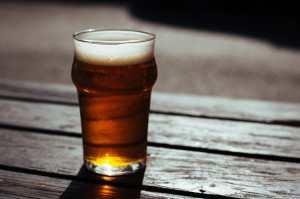 VIP happy hour? Don’t leave the perks out of your pitch

“Create a unique experience for media and invited bloggers,” says Ebony Grimsley, founder of the PR and event promotions company Above Promotions. “This could be an exclusive meet and greet or pre-event, it could be introducing them to a new product or special VIP, or it could be just highlighting a big feature of the event which is special or new to the industry.”

How to get the most out of your influencers

Hold invited media and influencers accountable–you’ll get the best results and the most coverage if you make it crystal clear that you’re granting access to the event so that they will share your message. “Nurture” influencers throughout the process by sending them exciting news and exclusive content pre-event and touching base with them frequently on-site.

How to stay besties with your influencers

When you pitched this special class of PR target, you made a promise that attending and promoting your event would be worth an influencer’s time. If everything went well, you fulfilled that promise: they put your message in front of their audience, and the feedback was good, and they considered the whole thing to be valuable.

Here’s how to maintain this symbiosis (and be able to partner again in the future):

“Always, ALWAYS recognize the media who attended the event. This will make them feel elite and excited to attend the next event because they see how grateful you are,” says Shannon Lach, the owner and principal planner of New York-based event planning company PEAR and author of the recent book Start & Run A Meeting & Event Planning Business.

Keep the lines of communication open

Ask your influencers what they got out of the experience. Asking for feedback is critical because it shows that you care about the relationship and gives you an opportunity to address concerns.