How to Use Video to Increase Your App's Adoption

So you’ve decided that you’re going to kick your event into the 21st century and give it its own dedicated app. Your engagement will skyrocket, your sponsors will get more traffic than ever, and your attendees are going to be falling all over themselves to thank you for all its added benefits.

You can have all this and more, but the key is getting people to even know that you have an app in the first place. Some folks will create an app as a convenience for their attendees and, rather than making it essential to the structure of the event, look at it as a sort of ancillary add-on to the overall experience. Then they’re disappointed to see that the app had poor adoption rates, even though they know they didn’t do everything they could to promote it.

Our clients have come up with all sorts of creative ways to avoid this scenario. The vast majority are excited about their new tech tool and can’t wait to unleash it on the masses. We’ve seen everything from dedicated app booths to QR codes on bathroom stalls – but the one method that almost always guarantees great adoption rates is the use of a promo video.

Why make a video?

When it comes to marketing, people need to be told several ways – and several times – before they’re ready to take action. Video is one of the most effective of those ways because it’s visual AND auditory, and people are consuming more video than ever. (Why do you think Facebook is pushing video ads so heavily these days?) It’s also the best way to get as close to some facetime as possible before your event ever begins.

It used to be that you’d have to hire an expensive production company if you wanted to create video. Those days are gone. The truth is that anyone can create video now and, more often than not, you can do it with tools that are already available to you.

What should the video be about?

Can you guess the movie?

Before you run off and film your masterpiece, take some time to think about how you want the video to progress. That will give you an idea of what exactly it is you need to film. You could even storyboard it out so that you have a shot-by-shot list of what to film. Here’s a structure that will never steer you wrong:

Where to get the app

Make sure that everyone knows this is something that can be downloaded on the Google Play store or the Apple App Store. Go ahead and feed them the exact search term they should use so that there’s no question as to how to find it. Now would be a good time to mention that you can see the app on any device by using the web view. (You can find your app’s unique web address in the ‘Promote’ section of Gears. It’s under the tab ‘Web Promotion.’)

How to find your guide

Depending on whether you are using the Guidebook platform or you have your own branded app, you’ll want to make sure people know how to get the guide once they’ve downloaded the app. Do you have a redeem code or do they need to search for it? 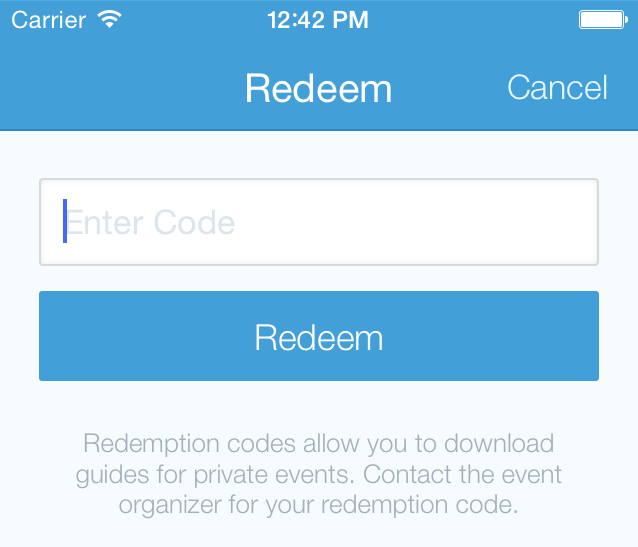 How to navigate the app

Don’t take it for granted that everyone will immediately know what to do with the app once it’s in their hands. Point out basic features like what menu items are on the homescreen, how to search the app, and where to find basic functions like the schedule and inbox. (This article from our support site goes over everything an end-user would ever want to know about using a Guidebook guide. Steal ideas from it!)

Most importantly, you want the attendee to understand how the app is going to benefit them at your event. This will likely stem from why you wanted an app in the first place. A few common value adds are that it makes it easier to create a personal schedule, you always have the most up-to-date information, and they can navigate easier using interactive maps. If you really want people to upload photos, use the networking feature, or use your Twitter hashtag – now would be a good time to walk them through those actions.

How do I even make a video?

To shoot the video, all you’ll need is some sort of camera that can record video. For most of us, that camera exists on our phone. It doesn’t need to be anything fancy – it just needs to produce a clear image!

If you’re feeling fancy, however, you could maybe throw in a microphone and some lights to go above and beyond. (For a cheap, flattering lighting set-up – put some soft bulbs into a few white paper lanterns and set them up at eye level just off-camera.)

How to record your app

Most likely, you’ll want to include footage of the app being used as you’re describing its features. You can get a perfectly acceptable recording by just aiming a camera at your phone (check the screen’s brightness to make sure it’s not washing out!) – but did you know that you can directly record what’s happening on your phone or desktop?

Apple makes it more-than-easy to record what’s happening on your iPhone or desktop. For your desktop, all you need to do is open up Quicktime and select File>New Screen Recording. (Here’s a more in-depth article about recording your screen.) For phones, plug in your iPhone using the USB cable and select File>New Movie Recording, then set the input to your phone. (Here’s a more in-depth article about recording on your iPhone.)

For Android and Windows, it gets a little trickier. If you want to record your Android screen, you’ll probably be best off downloading an app to do it for you. Likewise for recording a Windows desktop.

Once you’ve recorded your intros, voiceovers and screen captures, you’ll want to stitch it all together. Most likely your computer came with editing software. On a Mac, iMove is a cinch to pick up and use – it’s basically all drag and drop. (Here’s a great tutorial for beginners.) On Windows, you can use Windows Movie Maker. (Find a tutorial here.) 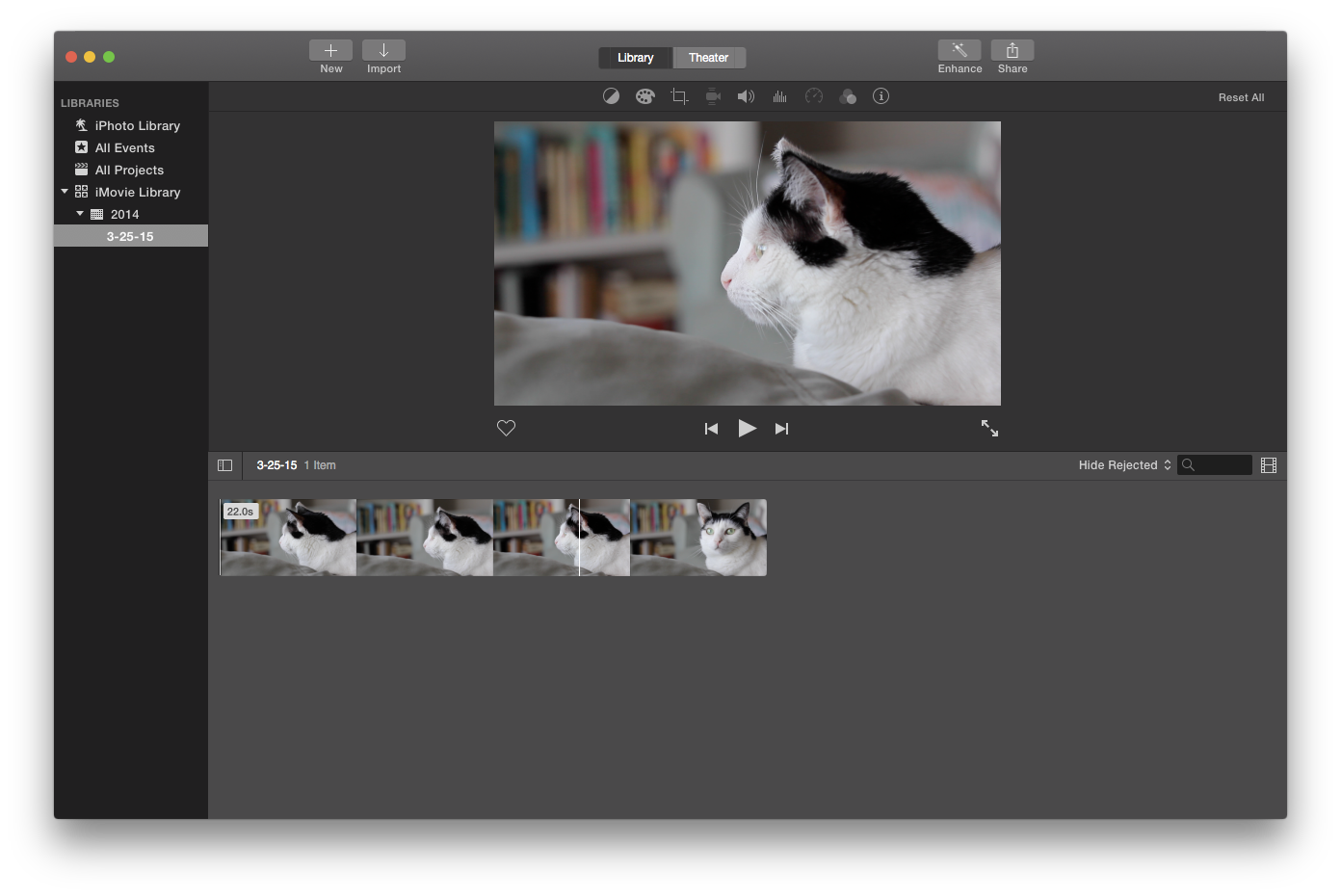 For a nice, personal touch it’s always great to layer some music underneath as well. Head on over to the Free Music Archive to find some appropriate jams. Just make sure to check the usage information – most of the time all it needs is a credit in the video!

Can I see an example?

Some of our most successful clients have done exactly what we’re talking about today – they created simple videos to get people using their app before their event ever started and saw extremely good download rates.

Here’s a video from Baylor University. They use an app at their New Student Orientation to welcome their incoming freshman to school. Check out how they promoted their app:

Great things about this video include:

(Learn more about how Baylor promoted their app to new students here.)

When can I start?

Now it’s time to go off and see what you can create! When you make your promo video for your app, make sure you share it with us. We love to see how our clients are making the most of their guides and driving adoption with smart promotion. You’ve put a lot of hard work into this app – now make sure people are using it! Haven’t started your app yet? Do it now for free with Guidebook!