Does your medical meeting app do these 10 things?

The medical and scientific meetings industry has a lot to gain from going mobile. Organizers have found that a medical meeting app can save attendees from hauling stacks of abstracts and research, plus layer an entire interactive element onto the event – providing even more value to attendees. 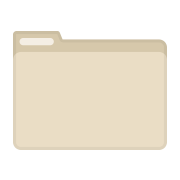 Content is at the heart of medical meetings – especially CME conferences. By ensuring that your attendees have abstracts and presentations in your mobile app, you’re prioritizing their access to what matters most. Look for a solution that can include PDF documents directly within the app. As a general rule, don’t host the PDFs in the app itself (it will balloon the data required to download your app). Instead, host the PDFs on another server, and link them within your medical meeting app.

Schedules for medical and scientific meetings can get complicated fast. Often times there are multiple tracks depending on discipline, subject matter, and function. Add in speaker bios, map locations, and individual session feedback forms, and each single session can end up having a dozen or more data points associated with it.

This is where a tool for importing mass amounts of data comes in. Regardless of the app provider you choose, make sure that they can accommodate your data – no matter the format it’s in.

For those of us that remember the days of paper, we all know that one of the worst things we can hear is, “There’s a mistake in the schedule.” Fixing that consisted of an ill-thought-out piece of printer paper taped up to the door of the affected session with the correction scrawled in Sharpie.

With the right medical meeting app, however, all it takes is few quick keystrokes to update your content, message your attendees, and go along your merry way! It’s almost as if it never happened. 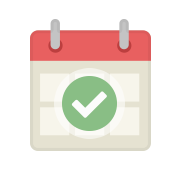 As mentioned in #2, the complexity of schedules for medical and scientific conferences can be involved at best. It may seem fairly obvious, but choosing a medical meeting app that presents the schedule in a clear, easy-to-read way is particularly important. There are two levels to consider here. First, choose an app that allows attendees to filter sessions based on tracks. Second, make sure there is functionality to either allow participants to choose and curate their own schedules into a personal view, or allows you – the organizer – to assign schedules to attendees.

Everyone has their own method for keep track of what they’ve learned and who they’ve met at a conference. We can mostly guarantee, however, that whether they’re at a session on increased risk of hyperlipidemia in patients with bipolar disorder or attending a networking party in a nearby hotel bar – they’ll most likely have their phone on them. So wherever inspiration strikes, your attendees are going to be asking for a way to make and share quick notations regarding your event.

Medical meeting apps become quite interesting when you consider the interactive features that an app can overly on your existing event. Slide-sharing, question-asking, and live polling are all mobile-enabled features that can transform traditionally one-way sessions into exciting interactive conversations between the speaker and the audience.

If you’re going to adopt audience engagement features within your app, make sure to brief your presenters well in advance so that they’re able to take advantage of them while they’re preparing their talks. 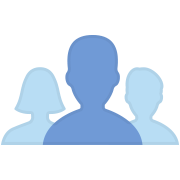 Networking at conferences has always been a bit of an intangible. At best, we put people into a room together and hoped that they were able to seek out relevant connections that would live on after the meeting. Your medical meeting app can actually go a long way towards fostering those connections throughout the conference. Look for features that make it easy for participants to trade information and get in touch with promising professional prospects.

A recurring theme here is that a medical meeting app will most likely host a significant amount of content – and the more ways your attendees can slice and dice it to find what is most relevant to them the better. One simple, but often over-looked, app feature is a global search function. If your attendee is interested in “internal medicine,” she should be able to type that keyword into a search bar and pull up all the sessions, speaker bios, and vendors who are associated with it. Make sure the app’s search covers all the content – not just session titles. 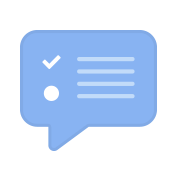 Nothing will go farther to determining ROI for your event (and app) than polling the satisfaction of your attendees. In-app surveys are the most convenient way for participants to rate their experiences. Many conferences go so far as to include surveys for each individual session, so they have metrics regarding which session was effective. Taking advantage of push notification reminders will also ensure you get a enough responses to make the data significant enough to use for decision-making.

For CME conferences, it’s important that credit is given where credit is due. It will benefit your attendees if your app is also the means by which they are given credit for their attendance at specific sessions. It assures them that they’ll be counted and makes after-the-fact reporting much easier on your end.

As you evaluate which mobile solution will work best for you meeting, constantly check to make sure that the features and processes will ultimately make life easier for both you and your attendees. A tool that started as a paper-replacement solution has continued to evolve into a sophisticated engagement and social connection tool. In addition, don’t discount the powerful metrics can that can be pulled from your audience’s interaction with the technology. Your medical meeting app will satisfy the curiosity of your attendees and your boss!

Guidebook has created a pre-populated medical and scientific meeting app template that can make building a breeze. Try it out today for free – you could go mobile in minutes.