The Universal Marketing Plan for Literally Anything

If you’re adding to your event – whether it be a new session, a new format, a new call for proposals process, or a new event app – you’re going to have to market it. There is no such thing as automatic buy-in. People need to be told several times about a change if you expect them to take part in it or consume new information. That’s all well and good – but who among us has money to hire a marketing consultant for every little new thing we want to introduce?

The answer is none of us. Even if we did, it would be a waste of resources. A catch 22 like this is just another sign of the digital age – we’re all expected to be marketers to a degree. So how do you enact a plan when it comes time to get a bunch of people on board with your next great idea if you don’t have a Marketing MBA?

The answer is simpler than it seems. Today we’ll lay out the basic principles of a simplified marketing campaign. Hit these highlights and you’ll guarantee people will be compelled to take up your new initiative. It’s “The Universal Marketing Plan” or “How to Get People to Do What You Want.”

Step 1: Get Them Early 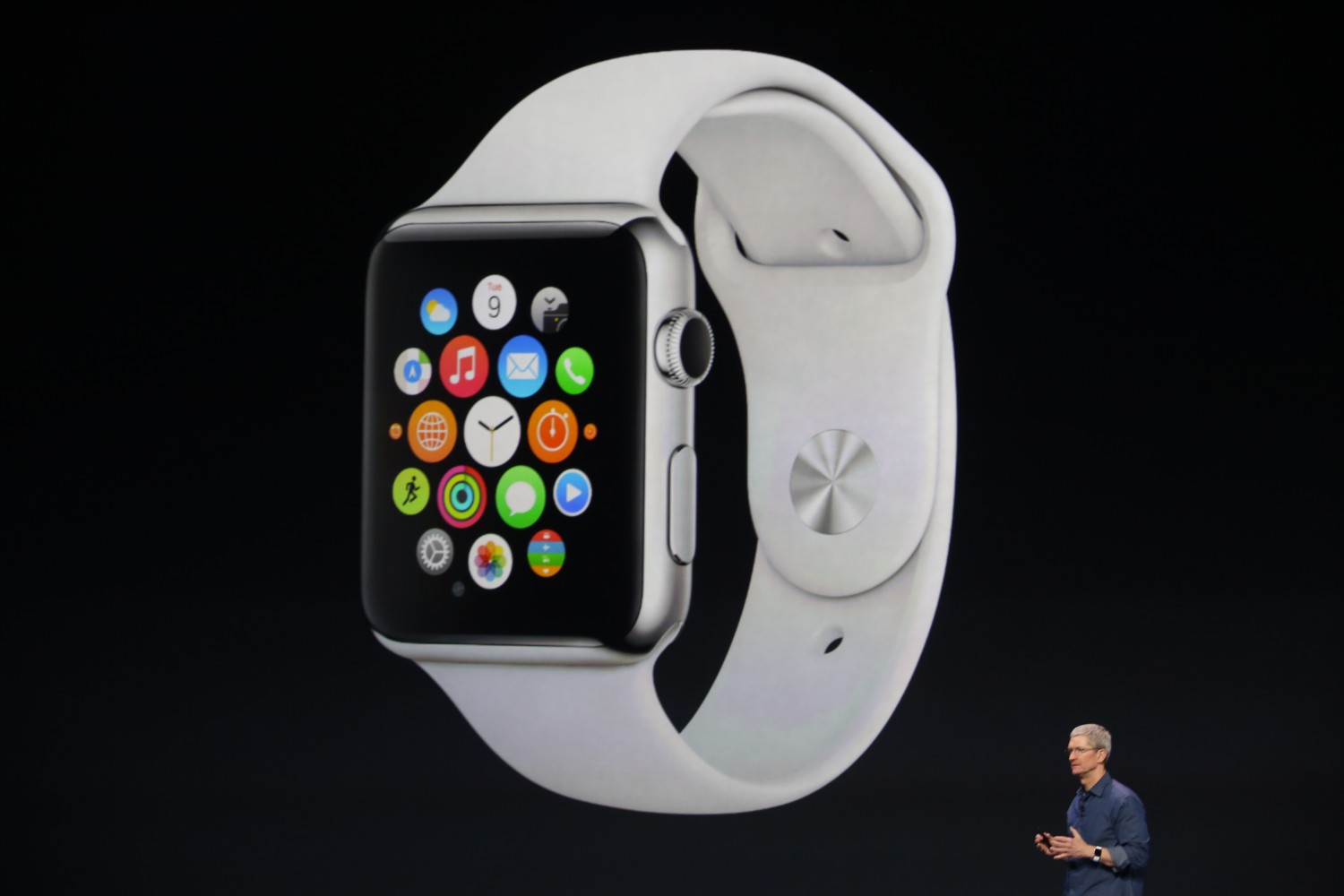 We’re going to take a look at this process through the lens of the Apple Watch release. It’s a product that everyone saw and said, “I get it. I can see how it would be kind-of useful, but I’m not really sure I need it.” But, reliably, fulfillment times are through the roof and demand is high. How does Apple do it?

First of all, they start early. Even if you don’t count the insane rumor mill surrounding the secrecy of a new Apple product, the Apple Watch first came to the attention of the public 7 months before its actual release. Tim Cook got up on stage, walked us through the features and its design, then gave the whole world the new U2 album.

There’s a way to make headlines. The important part, however, is that they started early. Expectations were set high and the hype machine started its engine. For Apple, it meant they had 7 months to craft the conversation around their new product.

Why not do the same for your new initiative? Start at least 6 weeks out and get people talking. That also gives you time to message them several times – and we all know that not everyone is going to do what you want them to on the first go-round. That interim is also a chance for you to have a conversation about the change. This is especially important if your meeting or event has been doing it one way for a long time and is going to switch to doing it another way.

Step 2: Tell Them Every Way Possible

It doesn’t hurt that the media jumps all over every little announcement Apple makes, but that also doesn’t stop them from producing a bunch of supporting media. They made their requisite sexy video about the product design, tv commercials, print ads, etc. And then, lo-and-behold, a month before the watch comes out every person who updated their iOS suddenly had an Apple Watch app on their phone.

It didn’t really do anything, of course, but it was there. Looking you right in the face. Taunting you and just waiting for its physical counterpart to unite your phone and watch in blissful Apple harmony.

Apple knows how to take advantage of its channels. And you should too. If you’re doing something fairly different, it might be newsworthy. Try pitching it to trade publications as a story. Obviously use your social media, but also think of creative ways to reach your audience with your message. Perhaps a webinar explaining your new initiative could increase support and buy-in among your attendees. If your event app is up and running early, you can send messages and push notifications through it.

This is the step where you’ll really catch people’s attention. Hit them where they’re expecting it, but then go above and beyond and reach out to them in an unexpected way. 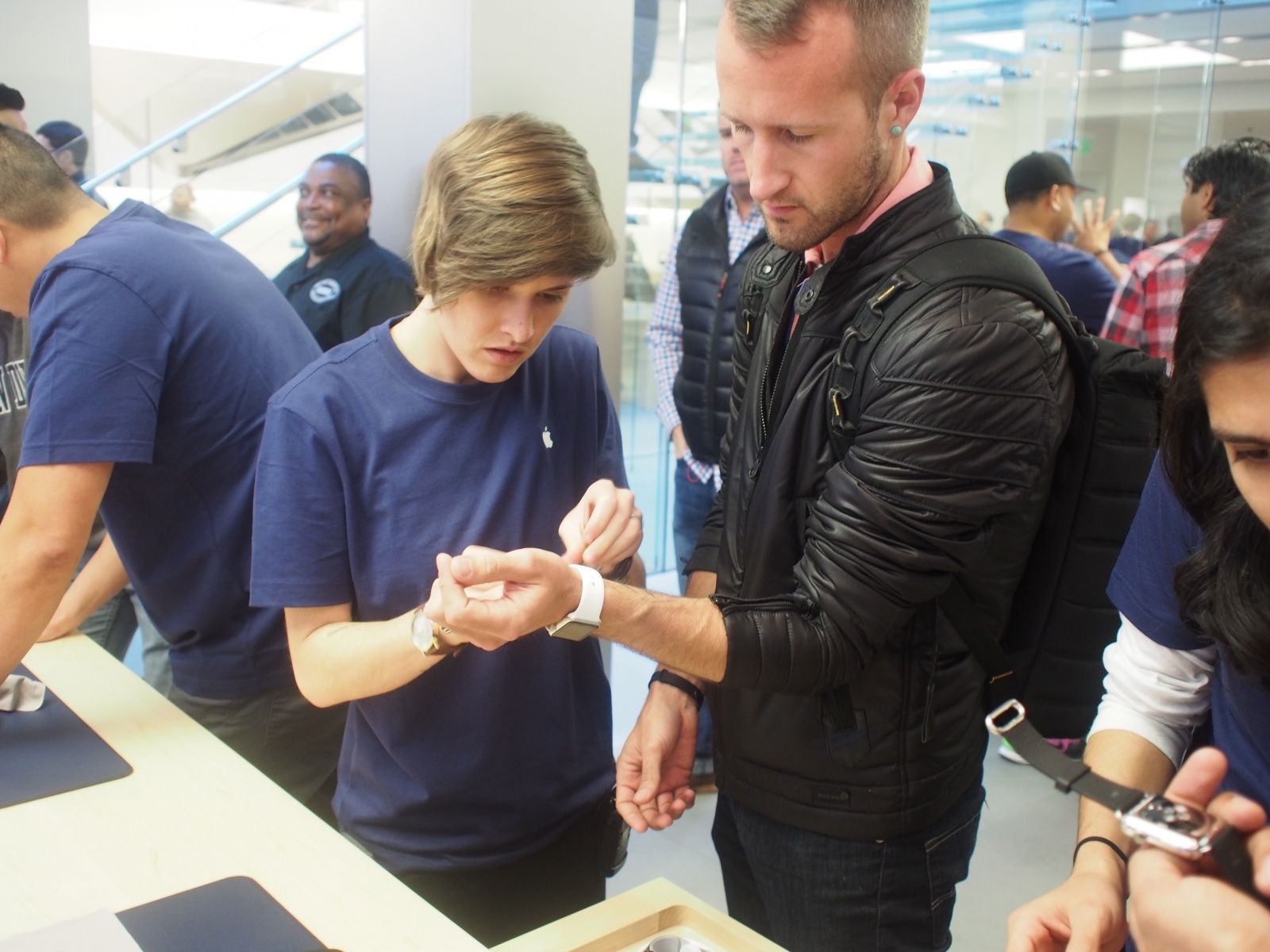 Apple wanted to do something that doesn’t come along very often – buy a product that no one has any real idea of how it works or functions. Probably the last time that happened was the original iPhone. That’s where the genius of their retail locations comes into play.

An Apple Store is an experience. In some cities an Apple Store is almost a tourist attraction in and of itself. It’s more than just a place to buy a phone or a computer. It’s the laboratory you can enter to play with cutting edge technology. It gets put directly into your hands and you realize you can’t live without it.

Apple obviously knows this, so they remodeled their stores around making an Apple Watch experience possible. It’s easy to sign up for an appointment, go into the store and try on a watch. It’s the only way to capture those folks that are waffling.

You’re going to have to remodel your store too. If you want people to download an app, give them lots of support for how to do it. If you want people to use the app in a specific way, have a team of people coaching them through the process. If you want everyone to go to Room 220 instead of The Ballroom, dispatch a task force of workers to make sure everyone gets to where they’re going.

When it comes time to interact with your change, it has be as smooth as possible for people. It doesn’t take much to create detractors, so don’t give people an excuse to slip through the cracks or have a bad experience.

Here’s the step that brings the previous 3 together. All throughout your messaging, it has to be crystal clear why they’re going to take the specific action you want them to. Tim Cook did it by giving a watch to Christy Turlington. She took the Apple Watch and used it (very attractively) and Apple was there to film it. It helped her in her everyday life, it made her more aware of her exercise habits, it made it easy to communicate, and she loved every second of it.

Sometimes all it takes is a third party recommendation. Regardless, people want to know that if they do what you say their lives will be better and easier as a result. Pepper all your various communications with specific value statements about what your attendees will get out of your new initiative and they’ll believe you. Then they’ll do exactly what you asked them to.

Sometimes we avoid making a change because the work that goes into making that change successful just doesn’t seem worth it. Especially if the old way is generally working for us. But if you are interested in enacting meaningful change at your event and moving things forward, you’ll need an event marketing plan.

Event planning doesn’t need to be harder than it already is. Subscribe and get our time-saving tips in your inbox.