CES Through the Eyes of an Event Pro

Left with a new appreciation for the proximity of water fountains and a lingering head cold, I largely managed to survive CES 2015. It was my first time attending this mother of all trade shows, and I have to say that it was even more mind-blowing than I had expected it to be. The technology on display was impressive – but what truly left me staggered was the giant effort that went into making it all run.

As someone who writes and thinks a lot about events and their structure, CES became a master class for me in some of the universal truths about events and how we experience them. If you’re looking for a rundown of all the latest gadgets, you can check out CNET or The Verge. But if you’re like me and are infinitely fascinated by the exhibitor effort and attendee psychology that make up an event like CES, read on for my CES takeaways for #eventprofs.

It’s no accident that one of the world’s most outlandish trade shows is held in America’s most outlandish city. Las Vegas serves as the perfect backdrop for the tech industry’s innovation explosion that occurs every year. 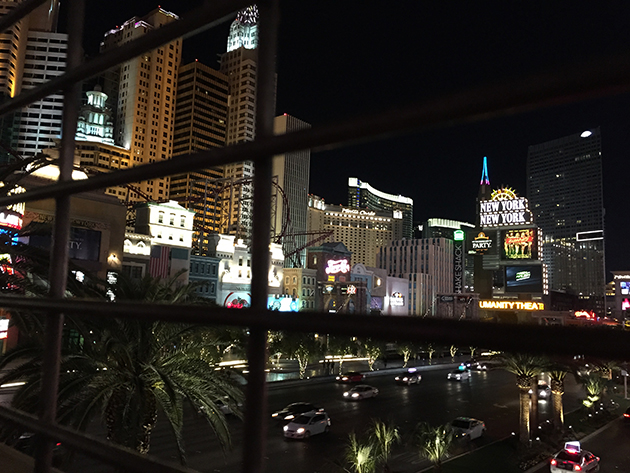 I couldn’t help but think as I made my way through the labyrinth of hotels and casinos to get from one place to another last week how strangely appropriate it all felt. My CES companion for the week mentioned that we barely stepped out of a controlled, recycled air environment the entire time we were there. From hotel, to shuttle bus, to convention floor, back to the hotel, only to do it all again the next day.

At any other convention or trade show, this probably would have made me crazy. There really is no respite at an event like CES. But because it’s CES I didn’t really mind it. In fact, I can’t imagine it existing any other way. I should be able to see a self-driving car, try out the latest in virtual reality, lose it all at the blackjack table and see a lavish show all in the same day.

To me, it’s all about context. Maybe as event professionals we should double check the context of our events. Is the time and place appropriate? Do our attendees want to frame their experience with a polite cocktail party or an adventurous team-building trip to a high ropes course? It’s all in the context, and you have the power to control more of it than you think.

CES 2015 was comprised of 2.2 million square feet of exhibit space, 3,600 exhibitors, and 170,000 attendees. Now, despite those rather daunting numbers, I managed to have truly personal and intimate experiences while I was there.

I almost stumbled as I nervously looked off the edge of a (virtual) skyscraper at the Oculus booth, I test drove an all-electric BMW, and I talked to a small business owner in detail about the product he had invented himself. 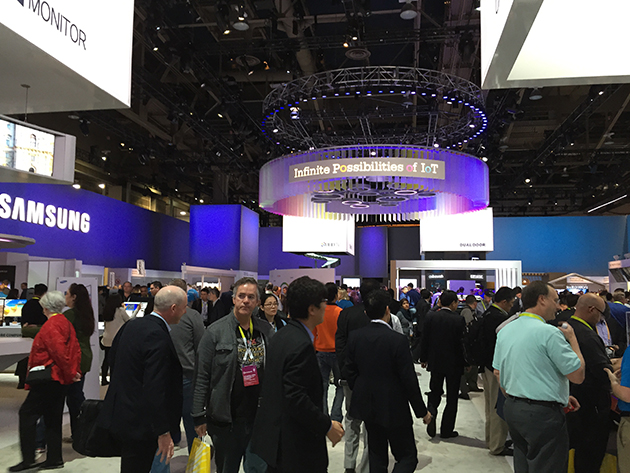 How did I manage to feel personally affected in a sea of 170,000 people? Surely part of it was years of CES refining its layout and logistics – but most of it came out of the fact that I was afforded opportunities while I was there to engage in interactive, individual experiences that were given enough time and space to impact me personally.

Now if a 170,000-person event can accomplish this, certainly our 1,700 or 170-person events can nail it. Don’t be afraid to let experiences breathe, and don’t be afraid to think about how you can serve one attendee at a time. If you’re able to master the art of offering up individual experiences simultaneously, your potential to make an impact is far greater. When you’re constructing the experience of your event, see it through the individual’s eyes rather than the group’s.

One of the most compelling things I saw at CES was a social media command center presented by Fleishman Hillard and BuzzRadar. It was hard to miss as attendees were funneled right by it in the lobby of the convention center.

BuzzRadar had taken the social media stats being measured by Fleishman Hillard and visualized them in various ways across multiple screens. At a glance attendees (and organizers) could see trending topics, popular news sources and their own SM posts floating across the displays. 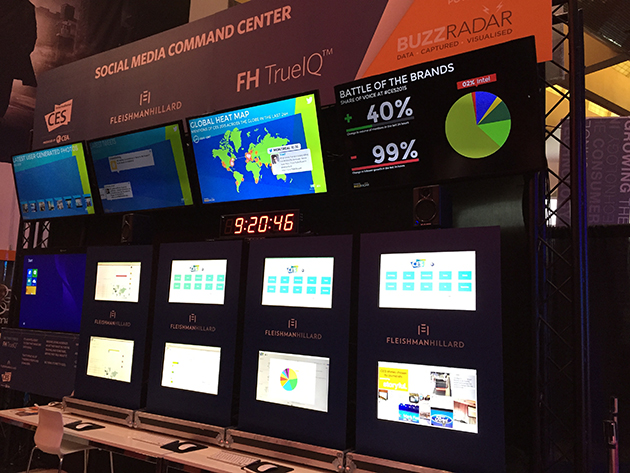 I was so intrigued by the visual impact of it all that I reached out to BuzzRadar’s co-founder and CEO Patrick Charlton to learn more. “Data is amazing at revealing stories and we know that by monitoring in real-time it you can actually change the course of a narrative,” he said. He cited an instance where Logitech’s people saw the command center and became motivated to make their brand a trending topic.

“[Logitech] began ramping up their efforts and engaging their community outside of CES. Their team would then come check back on their status, as our visualizations are real-time. By the end of the week, they were one of the most used hashtags throughout the week.”

When asked about the benefits of a display like this for attendees Patrick explained, “When you see the data, you get a better sense of what’s happening on a bigger level. With the size and nature of CES you don’t always get to see it all, so we feel like this helps fill that gap.”

We’ve probably all seen the gee-whiz effect a social media wall can have at an event, but displaying real time social data for attendees to consume added a whole other layer. Both exhibitors’ and attendees’ posts were put into a larger context and, as a result, they became more motivated to participate.

The world is trying to isolate us

The overarching themes of CES 2015 included automation, personalization and a significant push towards making immersive virtual worlds more readily available to the average consumer. What struck me about it all was that, if we’re not careful, a lot of this technology can be used to isolate us from our peers. 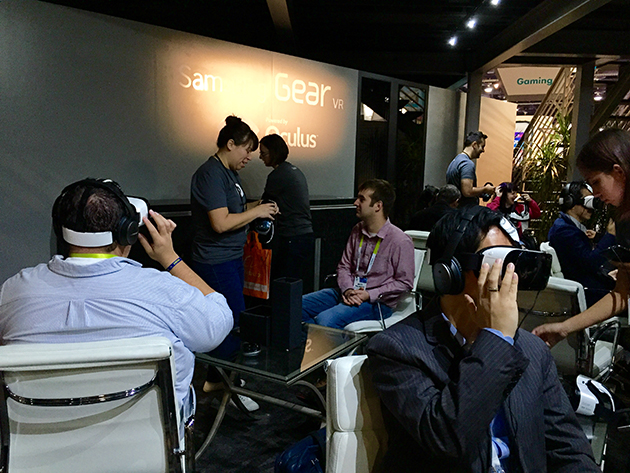 I saw how I could easily lose myself to an Oculus game for days on end, or completely disengage during my daily commute while my car drives itself. I wouldn’t even have to discuss whether or not to turn up the heat with my wife – my home will do it for me. Of course, there are two sides to every piece of new tech like this, but I’m guessing that engaging with others is going to take more of a proactive effort in the future than it has in the past.

I bring this up for us to ponder as event professionals – people whose job it is to bring folks together. Do we rail against this trend with unconferences and increased interaction? Or do we play into it and find ways to take advantage of it? There has to be a happy medium, but if we can get ahead of the curve we won’t risk losing years of productivity at our events while we race to catch up with evolving expectations.