Networking is one of the top 3 reasons people attend events, according to research by PCMA and IAEE. 75% of attendees identify themselves as having a “strong interest” in networking. It’s no secret that, as event organizers, one of our primary functions is to create an environment that enables our attendees to make valuable, real-world connections that they can carry with them beyond the event itself.

In recognition of this, Guidebook has powered up its networking offerings by allowing your attendees to send private messages to one another without leaving the app or sharing sensitive personal details.

A Flurry Insights report found that apps that have a messaging component are used 5 times as often as apps that don’t.

Tomaž Štolfa, the CEO of Layer, a company that powers the messaging functions of many of your favorite apps, told us that event apps with messaging tend to be used for several weeks after the event.

“The challenge used to be that usually these event apps kind of died – they have a very short lifespan. If you add communications, that lifespan can be much longer because people keep coming back and talking to the people they met at the event.” 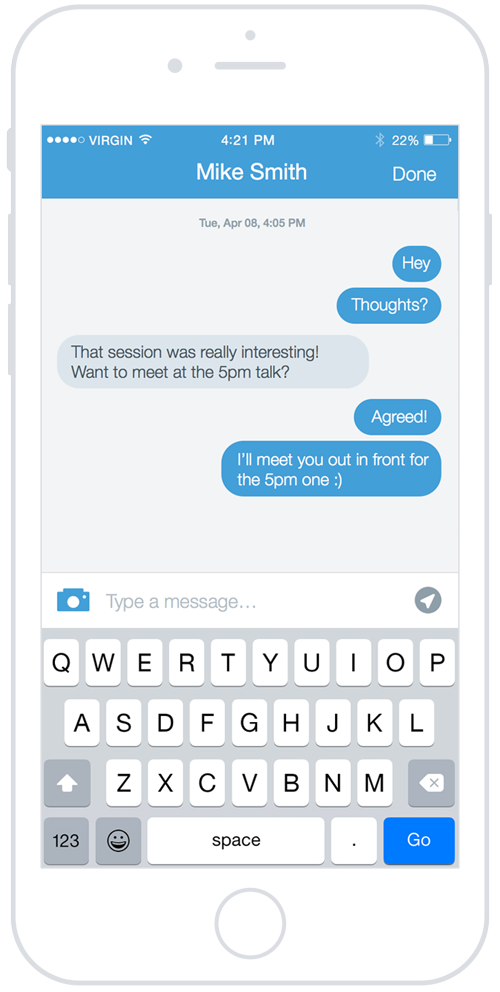 If you want your attendees getting added value out of your app and would like to increase the app’s engagement, you can activate Private Messaging within your Guidebook guide today! Let’s take a look at how it works.

When your attendees open your app, they’ll have the option of creating a profile by either using one of their existing social media accounts or by creating a Guidebook account. This doesn’t share any of their information publicly – app users at the same event are only able to see a list of those who have checked in.

As users navigate the event and meet other attendees, they’ll be able connect with those folks in the app with Private Messaging. They can search through the names of other attendees who are checked in, and choose to message others in that list. They can set up meetings, trade email addresses or phone numbers, and even communicate afterward to keep in touch. 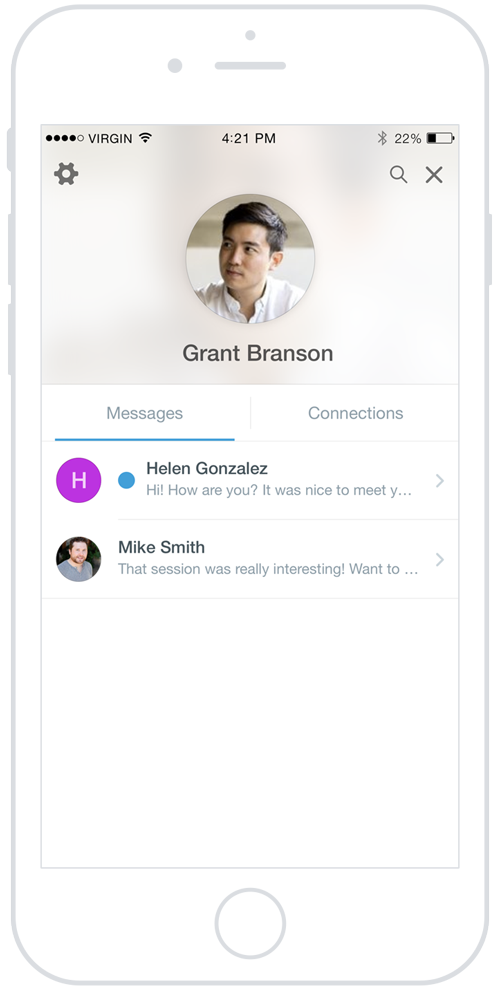 The best part is that Guidebook’s Private Messaging functions exactly like you would expect it to. If you text message with your phone or use other common messaging apps, you already have a feel for how Private Messages work on Guidebook. When guide users receive messages, they will show up as a push notification (encouraging them to engage more with your guide) and users can even include images, locations, and emojis in their messages. There’s no learning curve.

“Five years ago it was good enough to send a basic text message back and forth between two users,” Tomaž said. “Today users expect an experience that is similar to what they’re used to from their messaging apps – including rich media, typing indicators, and read receipts.”

In-app messaging allows your attendees to chat with other attendees on the fly, keep track of the valuable connections they made, and communicate without ever having to trade sensitive personal information. It’s the ideal form of event communication. And if worse comes to worse, they can even block another user if they’re not being sent relevant messages.

If you want to add Private Messaging to your next event, start building a guide in Guidebook Builder today! It’s free to get started and easy to do.