App Promotion is the Key to Success

The YMCA flawlessly implements Guidebook at its Expo

Every three years, YMCA’s leaders in membership, programming, operations, and facilities gather together from around the country at YMCA’s Program Expo for three days of interactive, hands-on professional development and institutional sharing. Expo-Dition 2015 chose to focus on a “journey from transaction to transformation,” and, thanks to Cory Harrison, the Expo successfully implemented a transformative new tool – a mobile app powered by Guidebook.

Cory was one of the lucky few professionals chosen from YMCA’s ranks to help plan the Expo. As a member of the On-site Communications Subcommittee, Cory wanted to do his own part in guiding the YMCA from being a transactional to a transformational organization. 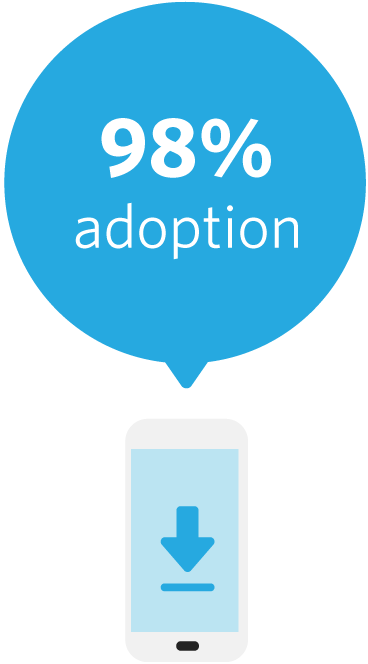 He saw an opportunity to replace the Expo’s traditional paper program with an interactive app that would give attendees a more participatory experience and help them make real-life connections. Cory had used Guidebook for a smaller conference and saw the potential to scale it up for this national event.

What resulted was a highly-useful app and a flawless promotional strategy that garnered a 98% app adoption rate, higher attendee satisfaction, and an unprecedented amount of interactivity. And although the Expo took place in Disneyland, it didn’t necessarily take any magic or pixie dust to create such a success – just a few easy best practices that anyone can implement at any event.

How to get attendees to adopt

When it comes to introducing a mobile app – or any new initiative at your next event – there may be varying levels of buy-in based on your audience and their comfortability level. And while it might seem like a pipe dream to get every last person on the same page with new ideas, it really just takes some planning and a few simple tricks.

Get to them early

Cory knew that registration was going to be a key time for people to learn about the app and to download it – but he didn’t want to start there and get clogged, risking allowing people to slip through the cracks. To combat a rush on the day-of, he started early. The app was announced in an email before it had even been completed just to let attendees know that it was coming. That way they were primed for the idea and it built anticipation.

When the app was released, Cory walked every single person who had registered for the Expo through downloading and using the app. How did he have time to do it? He used one of the most effective tactics a Guidebook creator can put into effect – he created a tutorial video.

Cory’s video goes from start to finish – from downloading through useage – and he highlights the features with which he wants his audience to interact. The best part is that the process of making it was super-simple. Learn more about screen capturing and creating your own promotional video.

By the time that the Expo rolled around, Cory had successfully gotten 60% of the attendees using the app. While some events would see this as win in and of itself, Cory knew there was still some work to be done if they wanted to get complete ROI from their app.

The next phase was to make sure that everyone on site knew about the app. And no one was going to feel compelled to download it if they were handed a paper program at check in. For that reason, Cory and his team set up a Guidebook booth immediately after the registration desk – it was the second step in the check-in process. From there, they were able to interact directly with attendees and show them the benefits of the app. If they hadn’t yet downloaded it, they would help them do so. If they had, they pitched a few features that they wanted everyone to use. 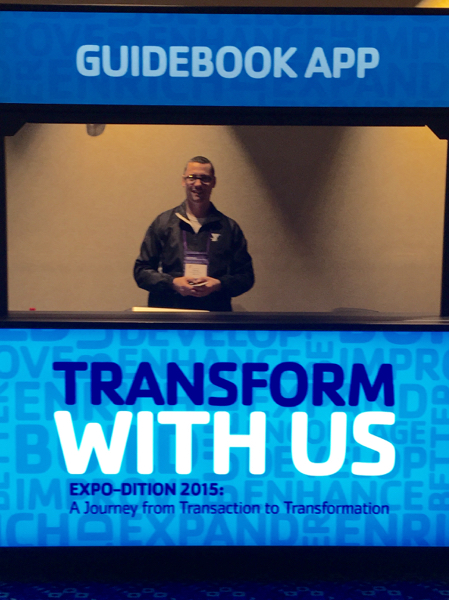 Cory at the Guidebook booth (Photo courtesy of their Guidebook guide!)

Cory asked to be the keeper of the paper programs. Otherwise, attendees that had been handed a paper guide would have little incentive to stop by and talk to him about the app. After being shown the app’s features very few people still wanted the paper version, and 80% of the printed guides ended up being discarded. That’s thousands upon thousands of dollars that the Expo will be able to save next time thanks to the added ease and convenience of having an app.

Cory’s final tactic was advanced – but also very effective. People come to events because they want to interact with our content. If you want your app to be the hub for that content, make it exclusive to the app.

While it was possible to find out plenty of information about the Expo on all of YMCA’s various channels, some information was exclusive to its app. If an attendee wanted to know who the keynote speakers were going to be, they had to find out by looking it up in the app itself.

All these strategies combined are what led to the Expo app’s 98% adoption. Cory did such a good job of making its case, that the vast majority of attendees saw it as the better option and benefited from its features.

Cory’s adoption strategy paid off in spades when it came to attendees – and the organization itself –  getting exceptional value from the app.

When attendees checked-in at the Guidebook booth, the app team made sure to show everyone the connect feature and the shared photo album. As a result, they became two of the most-used features at the Expo. YMCA professionals found it easy to swap contact cards and trade information, and conference organizers were able to crowdsource hundreds of attendee photos into one shared album.

And thanks to Guidebook’s integrated social media capabilities, the Expo trended up to the #3 spot on Twitter nationally multiple times during the conference thanks to so many people tweeting with the included hashtag.

Being the first year they had implemented a solution like this, the organizing team wanted to make sure that the attendees found their new mobile tool useful. A few questions relating to Guidebook were included in the post-event survey – and the results were strikingly positive. 98.6% of people found the app useful and 98.23% of people found it easy to use. One attendee summed up their experience with it by saying, “I loved the ability to plan and to create my own schedule, and I loved the maps (I’m geographically challenged). I loved the ability to give real time feedback right after attending a session, AND I loved the immediate access to social media!” 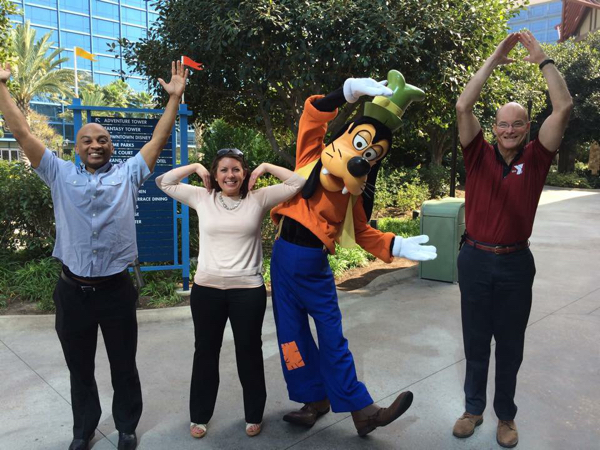 Since the Expo, Cory has been approached by different individuals within the organization about how they can get apps of their own for various other events. Thanks to Guidebook’s ease of use and level of customer service, Cory has been happy to recommend Guidebook to curious parties. With Guidebook’s platform and Cory’s promotional strategy, now anyone can have a perfect app for their next event.